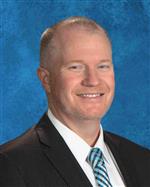 As Newhall’s Assistant Superintendent since 2014, Jeff led the District through a period of rapid change in California public education. From new State standards to new State assessments to a new State accountability system, Mr. Pelzel demonstrated a remarkable ability to bring everyone along, maintaining the District’s standing as a year-to-year leader in academic excellence.  He is passionate about his work and has given every ounce of his dedication to our students, their parents, staff and community during these past four years.

A native of Selah Washington (and now a Santa Clarita resident), Mr. Pelzel came to Newhall after holding various posts in the (Washington State) Kent, Moses Lake and Selah school districts.  He started his career as a mathematics and psychology teacher in Selah.

You can add a copyright statement or legal disclaimer in this area if necessary.
Copyright © 2002-2020 Blackboard, Inc. All rights reserved.